Dr. Aaron McCann is excited to announce that Dr. Michael Gengo will be joining Precision Endodontics.

With the addition of Dr. Gengo, we have expanded into a new State-of-the-art Williamsville office and will now be able to provide pain-free root canals for patients throughout the Northtowns. Call today to schedule an appointment with an experienced Buffalo endodontist.

Dr. Michael Gengo is a Buffalo native who grew up in Amherst and still lives there today. After graduating from Canisius High School, he attended Canisius College where he earned his Bachelor of Science degree in Biology.

Following graduation, Mike began his endodontics residency at the University at Buffalo School of Dental Medicine. During his residency, he was awarded the Thomas J. Feidt Scholarship, awarded to a post-graduate student from the Western New York area. He completed his residency in 2015, earning his certificate in endodontics.

For the last 3 years, Mike has been practicing endodontics full-time in the Buffalo area and is also a part-time clinical assistant professor in the Department of Periodontics and Endodontics at the University at Buffalo School of Dental Medicine, teaching in the post-graduate endodontics clinic.

In 2017, Mike earned his most noteworthy accomplishment. He became a Board Certified Diplomate of the American Board of Endodontics. The process of board certification began during residency with a written exam, an oral exam in 2016 and ended with a case submission portfolio exam in 2017, which were all passed on the first attempt. Board certification is achieved by less than 25% of endodontists in the United States.

Contact us today to schedule an appointment with Dr. Michael Gengo, an experienced Williamsville endodontist. 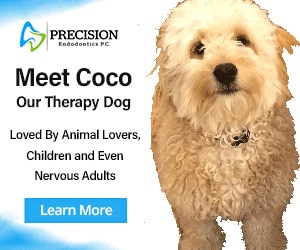